It’s no secret that I’m a huge fan of Shauna Niequist. I read her first book, Cold Tangerines, after graduating college and fell win love with her authentic story-telling. Years later, during a time of transition, Bittersweet spoke to my life in a completely different way. In a way that made me send copies of the book to my dearest friends because Shauna said the things that so many of us can’t find the words to say.

Thanks to my friend Laura I was lucky enough to attend a meet & greet with Shauna and months later she became a client of mine through The Pilates Body Program (she wrote about her experience HERE). Needless to say, I have been anxiously awaiting the release of her newest book, Bread & Wine: a love letter to life around the table with recipes. 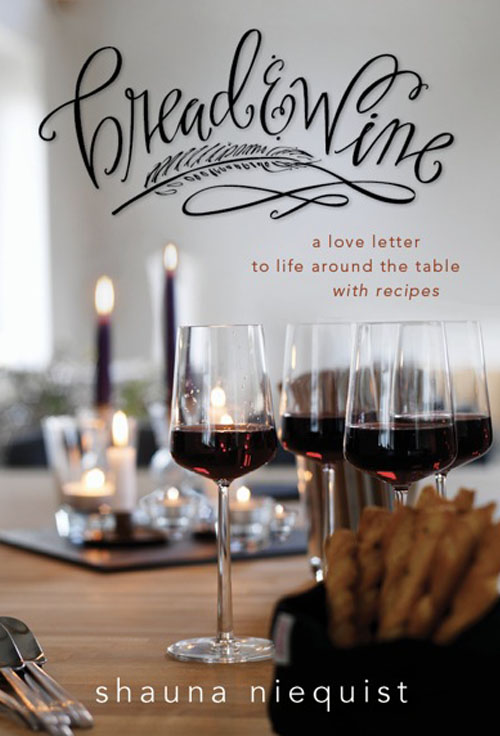 In the chapter titled “on scrambled eggs and doing hard things,” Shauna mentions The Pilates Body Program which may be the greatest honor of my career to date…

“I believe in the back and forth rhythm of feasting and fasting, but was having a little trouble clicking over to fasting, stuck for a little too long on the feasting side of things, so I signed up for a six-week nutrition and exercise program with my friend Robin. She’s a Pilates instructor in the Bay Area, and her whole deal is a pro-balance, anti-guilt attitude toward nutrition and fitness. I love this. As you may imagine, there are certain fitness types that I have trouble connecting with. Like…most of them. I don’t like to be yelled at; I don’t like drinking protein shakes; and deprivations sends me into a rebellious tailspin.

But I needed something, and I trusted Robin’s perspective, so I signed up. I did Pilates videos; I ate loads of quinoa and white beans and loads of fresh produce; and I emailed Robin whenever I felt like what I really wanted was a wheelbarrow full of nachos, or when the last thing I wanted to do was a Pilates video in a hotel room at midnight.” 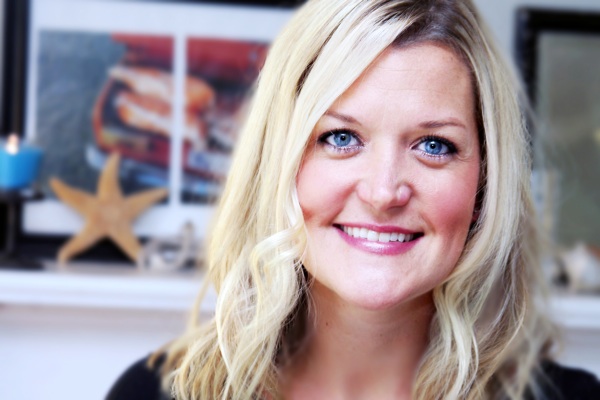 She goes on to share about a particularly hard night during Week 4 where she was ready to throw in the towel. Ready to quit doing the hard thing and do the easy thing instead. Something that so many of us can relate to. But she resisted. And woke up in the morning with a renewed spirit instead of a sense of shame and guilt.

“I tend to think that when everything is going well, I have the margin to do hard things, to make good choices – to read instead of watch TV, to eat well instead of eat poorly, to engage in deep conversation instead of chatter about other people.

But it’s really the opposite isn’t it? It’s the making of those harder, better choices right while everything’s a mess that makes the mess a little more manageable. I wanted every pizza in the state of Illinois last night. But this morning I would have had to add a sense of failure to my already bruised spirits. I’m not saying I woke up feeling all better. But I do know I could have made it so much worse, that I could have added self-loathing to my tiredness and that wouldn’t have made it easier to bear.” 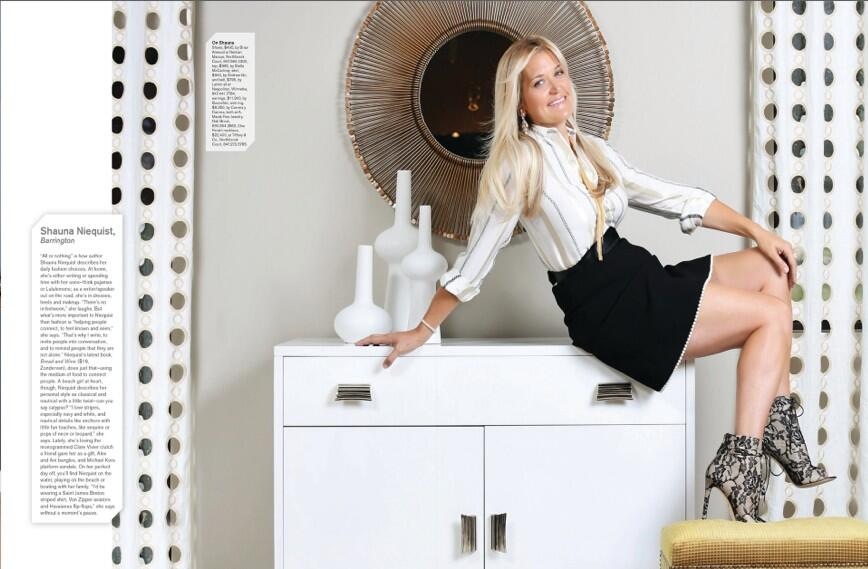 It’s no wonder Shauna and I were a good fit for one another. In our lives we’ve both struggled with similar relationships with food and our bodies and in this book Shauna shares openly about her hunger and the shame that took up space in her life for longer than it should have.

Her honesty and openness makes a reader feel okay…okay with their struggles, okay with their secrets and okay with the shame they’ve been hiding for fear of being “found out”. Which is exactly the kind of message I want to convey here on The Balanced Life.

In the chapter titled “Hungry,” Shauna shares the tension she felt before she embraced food and cooking as gift in life:

“I was a round-faced, chubby baby, a little girl with soft, puffy cheeks, a teenager who longed to be skinny and never was, who routinely threw all her pants on the floor and glared at them like enemies. A woman who still longs to be skinny and never is, and who still, from time to time, throws all her pants on the floor and glares at them like enemies. After all these years, the heaviest thing isn’t the number on the scale but the weight of the shame I’ve carried all these years – too big, too big, too big.

I’ve always wanted to be thinner, and I’ve always loved to eat, and I felt betrayed by my appetites….

My appetite is strong, powerful, precise, but for years and years I tried to pretend I couldn’t hear it screaming in my ears. It wasn’t lady-like, it wasn’t proper. So I pretended I wasn’t hungry, pretended I’d already eaten, murmured something about not caring one way or the other, because I was afraid my appetites would get the best of me, that they would expose my wild and powerful hunger.”

More women struggle with this than are willing to admit. And her honesty frees us to face our own jaded relationships with food, hunger, our bodies…

What I love is that Bread & Wine is on the surface it’s about food and cooking but as you can see from these passage that it’s about so much more. It’s about acknowledging the central role that food plays in our life. It’s about sharing meals and what happens around the table and invite others in…into your home, but more importantly, into your life.

I cannot recommend this book enough. Almost every chapter includes a recipe, a handful of which have already become staples in our house over the past few weeks.

You can check out Shauna’s website HERE and order the book through Amazon by clicking HERE.

Review part 2 is coming next week with a delicious recipe included! 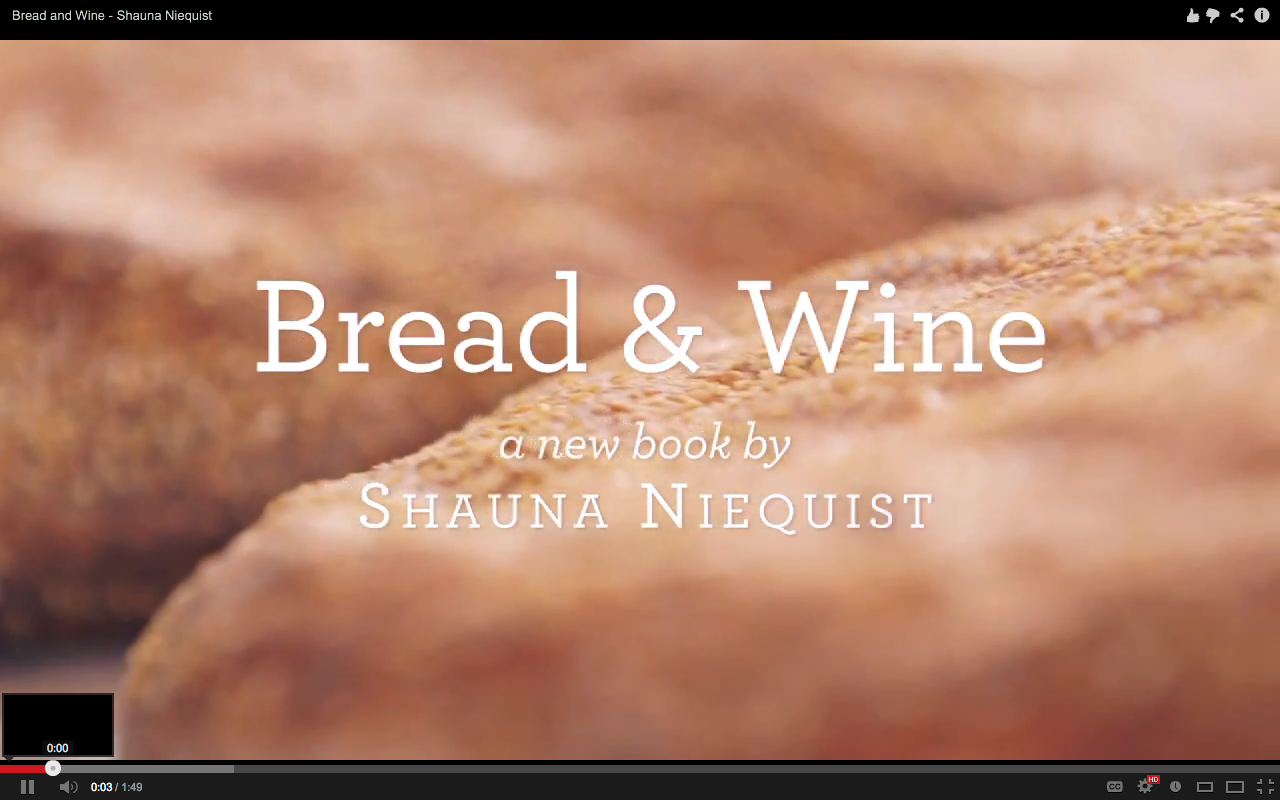 Get your weekly delivery of inspiration—Pilates, nourishment,
& mindfulness—changing your relationship with food and your body. 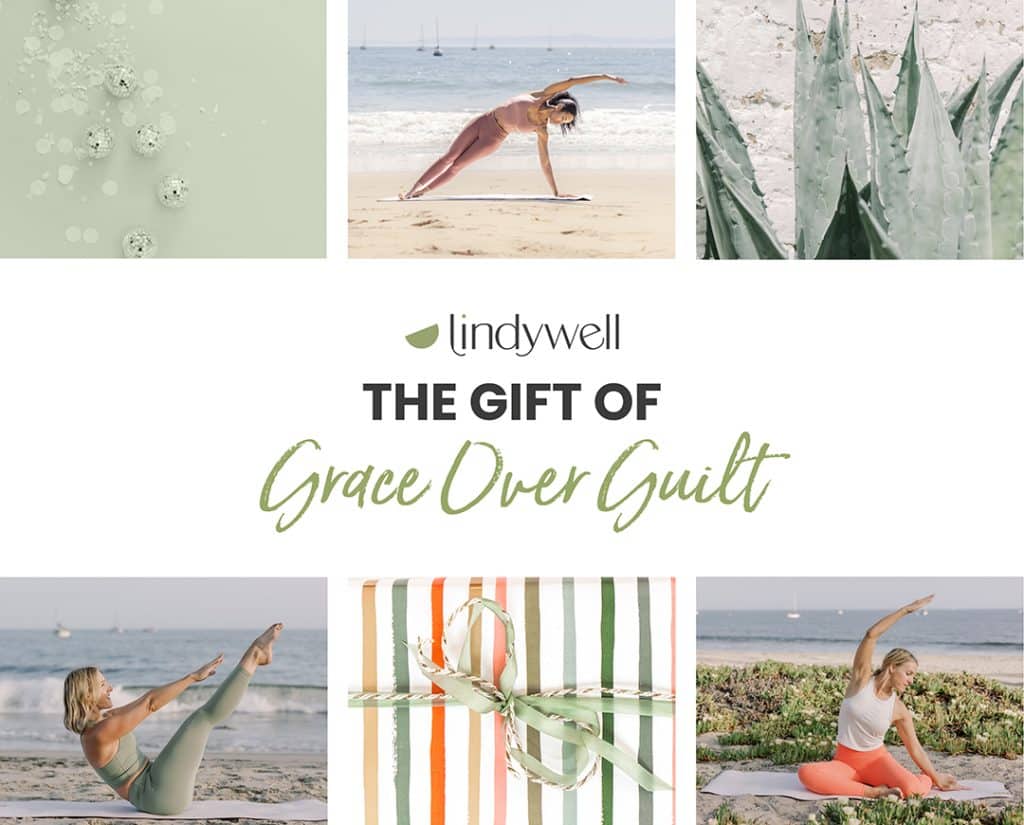 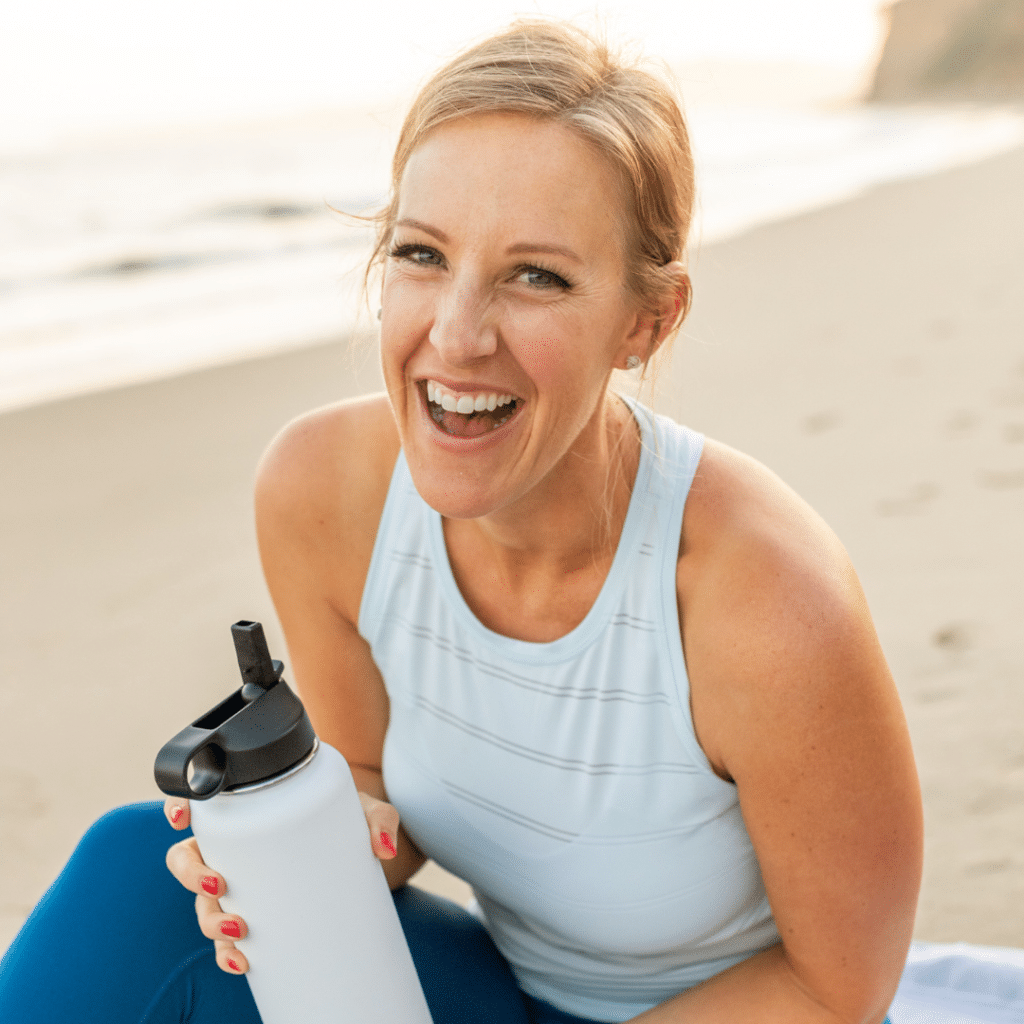 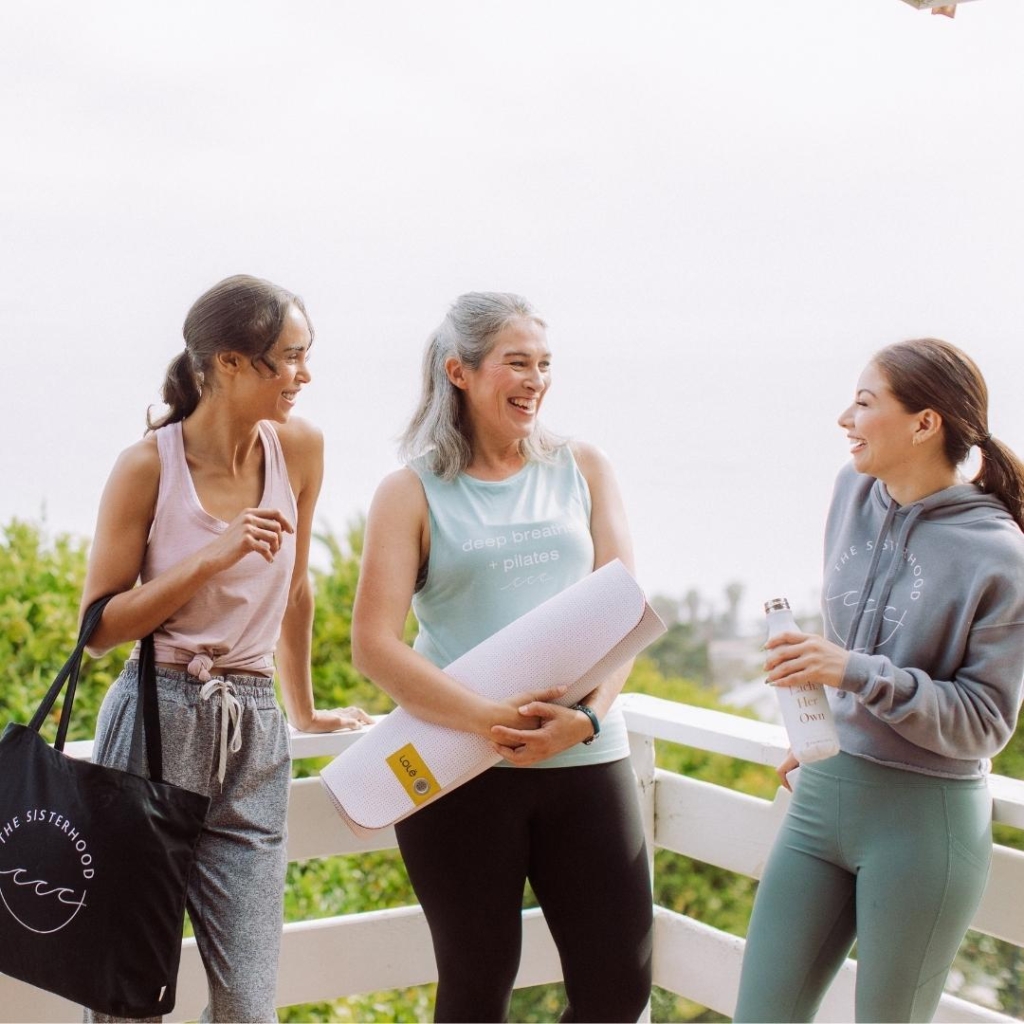